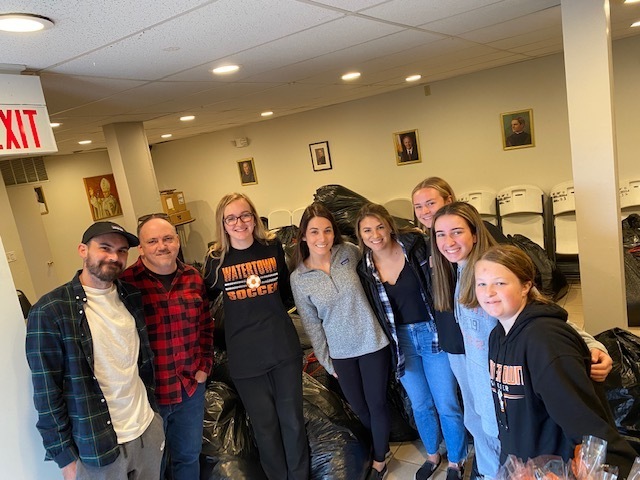 Watertown Public Schools in the News

The Watertown High School girls soccer team is accustomed to working hard and participating in fundraisers for important causes. Typically, they participate in an annual Pink Night to raise funds for a family or organization involved in the fight against cancer. However, with the pandemic in a critical state when they would normally conduct their fundraiser, the team had to come up with an alternative plan. It was decided to have A Clothing Drive to Crush Cancer, where community members could simply drop off donations and all of the proceeds would go to the Scully family of Watertown in honor of Kathy Scully.

Kathy is a former principal of both John Trumbull Elementary and Judson School in Watertown.  She spent her entire 36-year career in the Watertown Public School system starting as a special education teacher at Judson School. Kathy is a well-respected educator in the community, not only by colleagues and parents, but also the many students whose lives she has touched.

In August 2020, just 10 days after Kathy’s retirement, she was diagnosed with a glioblastoma, an aggressive form of brain cancer. Needless to say, when the community heard that the clothing drive would be benefiting someone so beloved the response was overwhelming.

The arrangements for the clothing drive were that after the donations were collected, they would be delivered to Savers in Brookfield where the clothing donations would be converted to money.  Savers would accept up to 700 bags of donations, which initially sounded like a very high number.  The challenge then became where all of the donations could be stored until delivery could be arranged to Savers.  The Knights of Columbus heard about the dilemma and graciously offered their meeting room as a storage area for the clothing drive.  Due to their generous offer, the entire event was held there so that people could stop by and simply drop off their donations in bags.  Those who were unable to make it on the exact event date were invited to drop off donations at Mindi Davidson’s home, one of the event organizers. She explained, “I tell you I would come home daily to 20-30 bags in my driveway, that is not an exaggeration.” 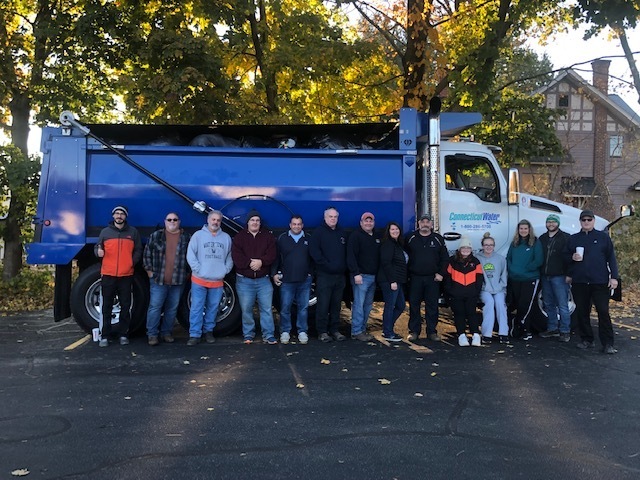 Those donations were added to those gathered at the Knights of Columbus meeting house and in the end, the clothing drive collected 1,200 bags of clothing.  The enormous success of the clothing drive ironically led to a whole new challenge; how to consolidate all those clothes into 700 bags and transport them from Watertown to Brookfield.

After volunteers worked hard to stuff all the merchandise into 700 huge lawn bags, a member of the Knights of Columbus stepped up once again.  As an employee of Connecticut Water he was able to ask the company to donate a tri-axel dump truck for two weekends to transport all of the bags – and Connecticut Water was happy to comply.  It took several members of the Knights, several parents and soccer teammates to travel back-and-forth to Brookfield to load and unload all the bags.

Ultimately, between the efforts of the team, the community and the generosity of the members of the Knights of Columbus and Connecticut Water, over $4,700 was donated to the Scully family. Kathy resides in Watertown with her husband, Jim, and they have two children; Matthew (30) and Lauren (27).